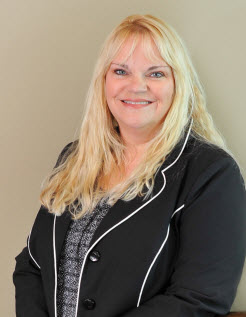 Je’Nell B. Blum is a Shareholder of Dukes, Dukes, Keating & Faneca, P.A. Je’Nell attended San Diego State University, where she was a member of Alpha Gamma Delta. She graduated in 1990, receiving a Bachelor of Science degree, with a major in Criminal Justice Administration and minor in Sociology.

Je’Nell attended Thomas Jefferson School of Law in San Diego, where she received her J.D. in December of 1994. During Law School, Je’Nell was a member of law review, serving as a writer and an editor for the San Diego Justice Journal. She was recognized in Who’s Who in American Colleges and Universities for 1993-1994 and 1994-1995.

After Practicing Law for five years in California as Corporate Counsel for Innovia Health, Inc. and as an associate attorney with The Law office of Richard A. Thomas, Je’Nell relocated to the Mississippi Gulf Coast and joined Dukes, Dukes, Keating & Faneca in 2001.

Je’Nell and her husband, Mike Blum, are the proud parents of six children. They attend Mosaic Church in Ocean Springs.