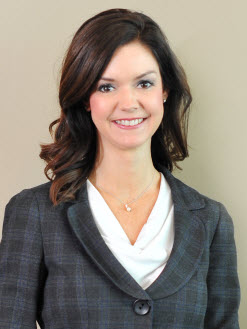 Haley N. Broom became a Shareholder in the firm Dukes, Dukes, Keating & Faneca, P.A. in 2010.  She received an undergraduate degree in Psychology from the University of Southern Mississippi and obtained her Doctor of Jurisprudence from the University of Mississippi, both graduating cum laude.  Haley is admitted to practice before all Mississippi Trial Courts; Mississippi Court of Appeals; Mississippi Supreme Court; the Northern and Southern Districts of the United States District Court of Mississippi; United States Court of Appeals for the Fifth Circuit and the United States Supreme Court.  Haley’s primary areas of practice are: Civil Litigation, Government Affairs, Law Enforcement and Correctional Facility Defense, Administrative Law, Labor and Employment Law, Municipal Law, General Liability Defense, Wills and Probate, Estates, and Family Law.

Haley currently serves on the Board of Directors for the University of Southern Mississippi Foundation, Lynn Meadows Discovery Center, and Mississippi Center for Legal Services.  She has served as both past President and Vice-President of the Kiwanis Club of Gulfport and is a current member of the following organizations: the Harrison County Bar Association, Mississippi Bar Association, American Inns of Court, the American Association of Airport Executives, the Southeast Chapter of the American Association of Airport Executives and the Mississippi Airport Association.  Haley received the 2010 Kiwanian of the Year, the Sun Herald and The Mississippi Business Journal’s Top Ten Business Leaders Under 40, Class of 2010, was named one of the Mississippi Business Journal’s 2011 Mississippi’s 50 Leading Business Women, Leadership Master’s Program, Class of 2019 and was recognized as a “Rising Star” in the Super Lawyers Magazine 2014 Edition.

Haley is married to Christopher Broom, and they have three children.  Haley and her family are members of St. Ann’s Catholic Church.